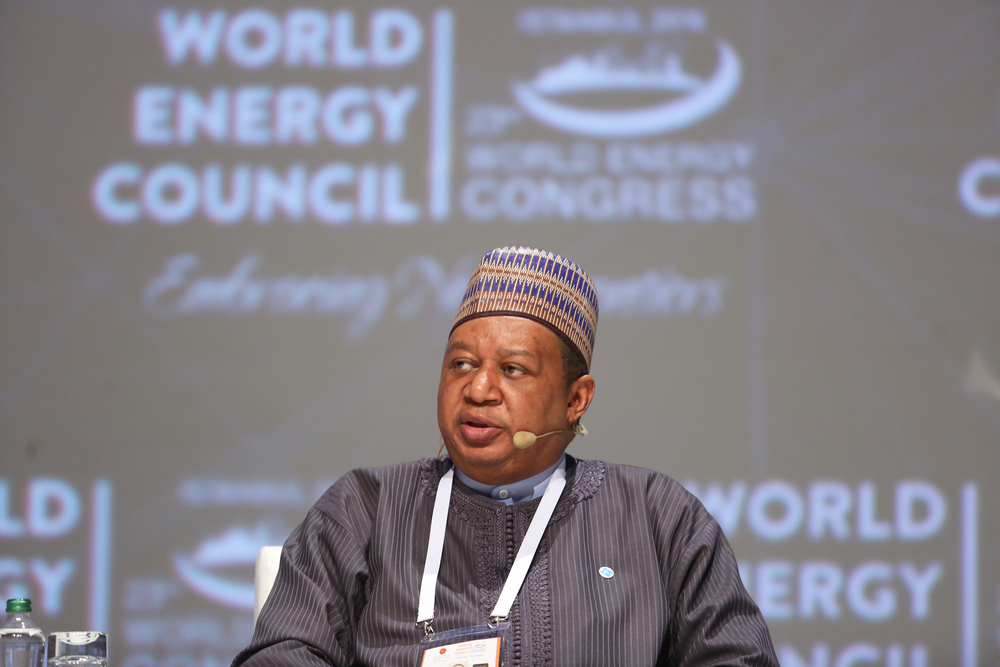 Just hours after telling an energy summit in Abuja that the oil industry was “under siege” from years of under-investment, OPEC’s Secretary-General Mohammad Barkindo has died at the age of 63. Barkindo had served in the role since 2016, though his passing isn’t likely to shake the turbulent oil too hard, as he was due to step down at the end of this month. Recession fears slammed oil prices on Tuesday, with crude tumbling 8% to under $100 a barrel as investors fretted over a soaring dollar and a downturn that could slam demand.

Snapshot: OPEC’s Secretary-General is in constant contact with international bodies, and convenes the group’s meetings, which used to happen twice a year, but now includes almost monthly extraordinary sessions. Haitham al-Ghais, an oil industry veteran and former Kuwaiti governor to OPEC, is due to succeed Barkindo, who is credited with guiding unity among the group’s members. Barkindo was specifically involve in clinching a deal with non-OPEC, energizing the group by bringing Russia and other key producers on board for a series of production cuts since 2017. That agreement shored up the market following the supply glut and oil plunge of 2014-16, while he also kept the alliance together through the coronavirus pandemic, when the price of oil crashed and even briefly went negative.

That doesn’t mean there hasn’t been criticism. Besides the war in Ukraine, the U.S. and other countries have accused OPEC for creating “artificial tightness” in global energy markets, with Washington even coordinating a release from the Strategic Petroleum Reserve and taking other measures after OPEC refused to aggressively boost output. For its part, big producers like the Saudis and UAE have said that they are near maximum production capacity, while worsening political crises in Libya and Ecuador have made it challenging for the group to cover its quotas.

Price movement: Energy stocks slid with the price of oil on Tuesday as S&P 500’s energy sector ended the day down 4%. The biggest losers included Halliburton, APA Corp. and Conocophillips, which were fell 8.1%, 7.6% and 7%, respectively. Oil forecasts for the rest of the year are all over the place, with Goldman Sachs still calling for crude to hit $140 or more, while Citi sees prices falling to $65/bbl if the economy tips into recession.